Frank Gasparro designed both the obverse and reverse of the Susan B. Anthony Dollar. He was Chief Engraver of the U.S. Mint from February 23, 1965 to January 16, 1981. Before that he was Assistant Engraver. Besides designing the Susan B. Anthony Dollar, he also designed the Lincoln Memorial reverse on the Cent, the reverse of the Kennedy Half Dollar, the obverse and reverse of the Eisenhower Dollar, and numerous other medals for the U.S. Mint and other private ventures. Mr. Gasparro was born in Philadelphia on August 26, 1909 and died on September 29, 2001. 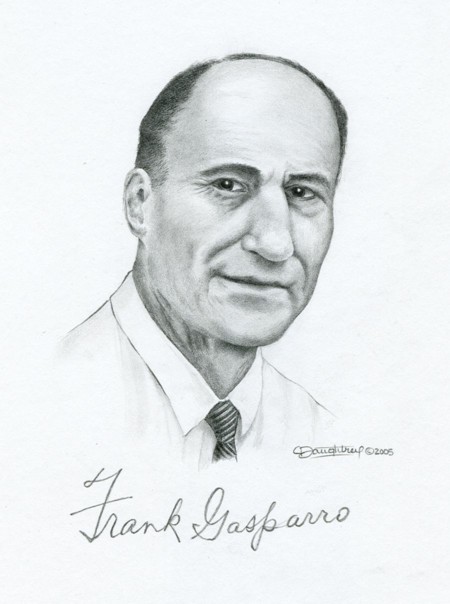